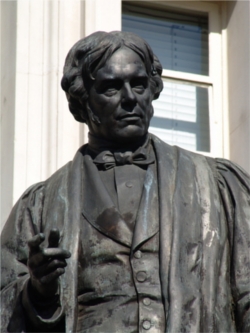 Electrochemistry is the study of chemical reactions that produced by electricity when it is passed between an electron and an ionic conductor while in a solution. This area of study is credited to Michael Faradaym though many scientists before him had worked with similar experiments. However, Faraday is the one who first used an electron conductor and an ionic conductor in a solution to create a chemical reaction with electrical current.

In 1800, before Faraday, Johann Wilhelm Ritter and William Nicholson conducted some of the earliest experiments in this field. They managed to use electrolysis to separate water into oxygen and hydrogen. Ritter discovered electroplating shortly afterwards, advancing the science to a new level. Others followed suit, experimenting with this type of electrical reaction, but no one really pursued it again until Faraday came along with his experiments in 1832.

Thanks to these experiments, we have many practical applications today. A good example would be the battery, which could not exist without electrochemistry. These days, there are advances into hydrogen fuel cells which could provide clean energy for the masses. This is all using the techniques that have been developed over the past two centuries of electrochemistry.