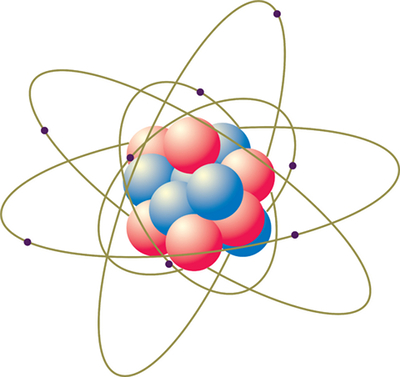 The electron shells are labeled K, L, M, N, O, P, and Q; or 1, 2, 3, 4, 5, 6, and 7; going from innermost shell on out to the outermost. Electrons in outer shells typically possess higher energy. These outer shell electrons travel further from the nucleus than electrons in inner shells. This is why the electrons in the outermost shell are more essential in determining how the atom reacts chemically and behaves as a conductor, since the attraction of the atom's nucleus for them is weaker and more easily ignored. An element's reactivity is basically dominated by the electron configuration.