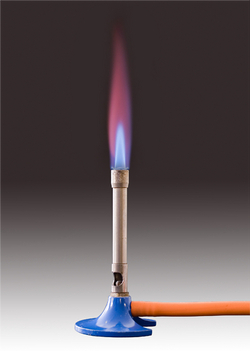 The Laws of Thermodynamics govern the way chemical reactions occur. The first law states that energy can neither be created nor destroyed, but it can only changes forms. In other words the energy in the universe remains constant, but it often changes forms. The second law states that all processes increase the total amount of entropy (randomness or disorder) in the universe or within the system. Both of these have a direct part to play in chemical reactions.

The Law and Chemistry

When you burn a piece of wood, you end up with far less after the process than you had when you started. The pile of ash you have in no way accounts for the amount of wood you started with. Much of the energy that was housed in that wood was converted into heat energy from the fire. This directly relates to the First Law of Thermodynamics. The heat energy, however, is more disorderly than the energy as it was once in the log. This is the second Law. Chemical reactions can also release energy in the form of light or sound.

When a chemical reaction releases energy, no matter what form that released energy takes, the reaction is considered exothermic. The heat, sound or light that is lost in an exothermic reaction it is no longer useful. The total amount of energy stayed the same, but the reaction increased the entropy of the system.