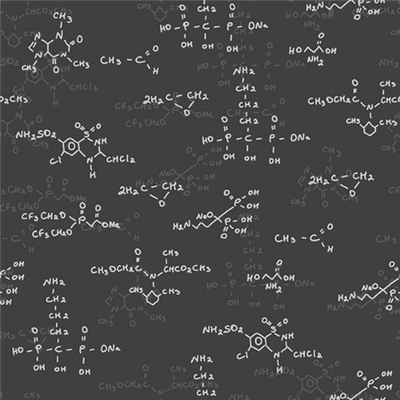 Stoichiometry is a large word that simply means the mathematical side of chemistry. When a chemist has enough information, stoichiometry allows him to calculate masses, formulas and percents inside chemical equations.

Chemical equations are the foundation of stoichiometry. These involve the symbolic equation showing a chemical reaction. An example would be the following:

Both sides of the chemical equation must have the same number of atoms of each element. In the above equation, each side has eight aluminum atoms, nine iron atoms, and twelve oxygen atoms. This equation is considered balanced. The large numbers in front of the elements are called coefficients, and one part of stoichiometry involves balancing equations with the addition of the right coefficients.

The molecular formula of a molecule is the form that the molecule usually uses in a chemical equation. While C3H9 is not as simple as possible, and therefore it is not an empirical formula, this is the way that it normally shows up in a chemical equation. Empirical formulas can be used to derive molecular formulas when the mass of an element in an equation is known.